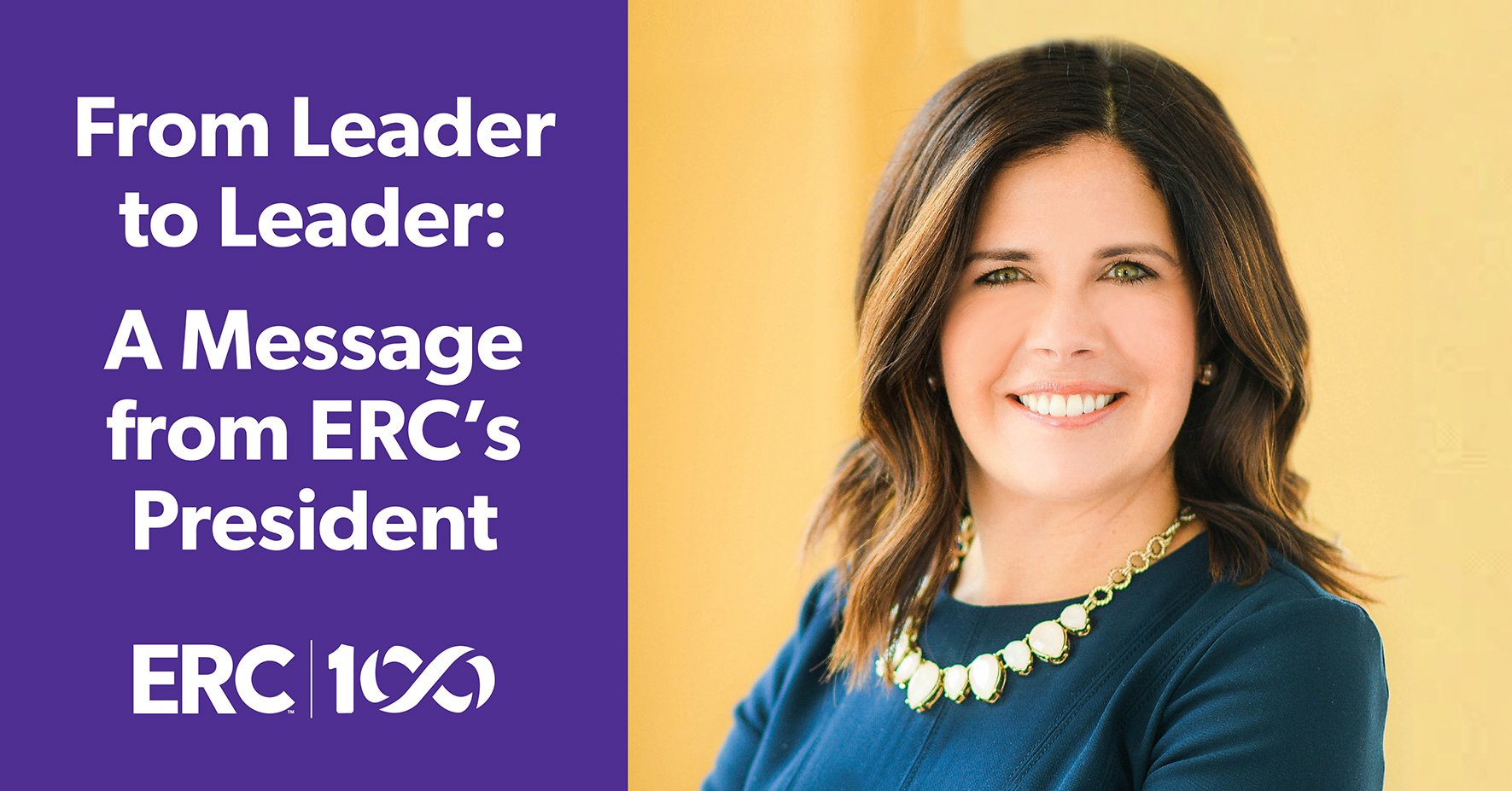 I recently participated in a young professionals (YP) networking event serving as an “experienced” professional that allowed the YP’s networking experience and the ability to ask career-related questions. Throughout the luncheon, I was asked over and over “what advice do you have for me?” Besides the obvious answers of “take risks, take on challenges, and be authentic,” I confidently shared that supervisory training played a critical role in getting me to where I am today.

The interesting thing about my training is that it truly fell into my lap. When I left the workforce to care for my newborn son, I quickly realized that I missed the professional world and wanted back in. Through a few strokes of luck, I restarted my career at ERC serving as a “host" for ERC’s Supervisory Training Series. My role was responsible for organizing and hosting ERC’s Supervisory Training multiple times a year. This also meant that I sat through supervisor training over and over and over again. I used to joke that I was the most trained non-supervisor in the world.

With each class, I became more in touch with just how difficult a supervisor’s role is. I would have countless “a-ha” moments, those times when something clicks and brings light to the way those around you worked. It even helped me to better understand myself and how I interacted both in the professional and personal world. I learned that not only does a supervisor need to understand the goals, direction, and expectations from the top leadership, but they also need to communicate that to the frontline workers and make it engaging and challenging so that the entire company is in unison. They are the glue, the constant push and pull that keeps the organization moving forward.

I also learned that in many cases supervisors didn’t ask to be promoted, they were just really good at making their “widgets” and so leadership promoted them unannounced. I realized that in many cases these supervisors were concerned about how they were to manage someone they were just peers with the day before. And I learned that almost everything you need to know to be a good supervisor was never taught in high school or college.

The world of a supervisor can be overwhelming, often thankless, and yet critical to the success of any organization. In today’s market, finding ways to retain and engage your employees is key to success. I know that finding the time to train anyone seems impossible, but experiencing what I experienced, I would offer that making this investment sooner than later will prove to pay dividends.

Want to equip your managers with supervisory skills? Enroll them in our Supervisory Series: Fundamentals  or Advanced courses now.