Training: Building Your Talent and the Economy The Power of Social Media in the Workplace

The national election results suggest that the overall political landscape will remain largely unchanged in Washington, for at least the next two years until the 2014 midterm election. As a result, HR professionals should expect similar legal trends to persist at the federal level, with President Obama and split control of Congress between the Republicans and Democrats. Here are six (6) workplace issues you need to know: 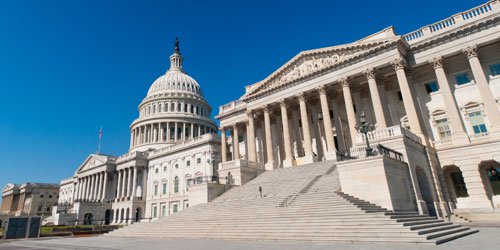 The fiscal cliff is approaching and could result in numerous spending cuts and large tax increases that will affect both your business and employees on January 1, 2013. Notable taxes set to increase which may apply to your employees include the payroll tax, Bush-era tax cuts, Obama-era tax cuts, AMT patch, and taxes associated with health care reform. In addition, large cuts in defense spending are set to go into effect at the same time. Congress still has time to act before all of these changes go into effect, but no agreements have yet been reached.

The election results suggest employers should begin preparing for major provisions of the Affordable Care Act which start in 2014, especially new requirements for offering health insurance and penalties your organization may face for not complying.

Over the past few years, the President has appointed board members to the National Labor Relations Board (NLRB) who advocate employees' rights to organize and as a result, the NLRB is gaining more authority in workplace matters. Employers will need to pay attention to the NLRB's growing influence and guidance throughout the next four years, and pay particular attention to recent issues the NLRB has addressed: social media, at-will clauses, and protecting concerted activity.

President Obama and the Democrats in Congress have been strong supporters of legislation in favor of expanding workplace leave, possibly under the Family and Medical Leave Act (FMLA); enhancing flexible workplace practices like alternative work arrangements; advocating equal pay for women; raising the minimum wage; and reducing discrimination for workers based on unemployment status, sexual orientation, and other currently unprotected groups.

President Obama has cited numerous priorities related to focusing on jobs and job-related training/workforce readiness initiatives to reduce unemployment and increase hiring. He laid out a plan for jobs as part of his job creation agenda which provides tax incentives for employers who create job opportunities in the U.S. It also calls for investments in education and student loans to train employees.

Although retirement issues do not seem to be a top priority of the administration currently, President Obama has expressed interest in expanding individuals' retirement security via improving participation rates in plans, supporting automatic enrollment provisions, and increasing plan transparency. The Department of Labor has already made some improvements in this area in 2012, and this trend may continue.

Other issues are on the table as well, including immigration, financial regulatory reform, and legislative action related to executive compensation, and which likely will proceed based on Obama's statements throughout the campaign and could affect the workplace.

For more resources on the possible HR and workplace implications of the election, please refer to the links below.