A New Kind of Skills Gap Recruiting with LinkedIn 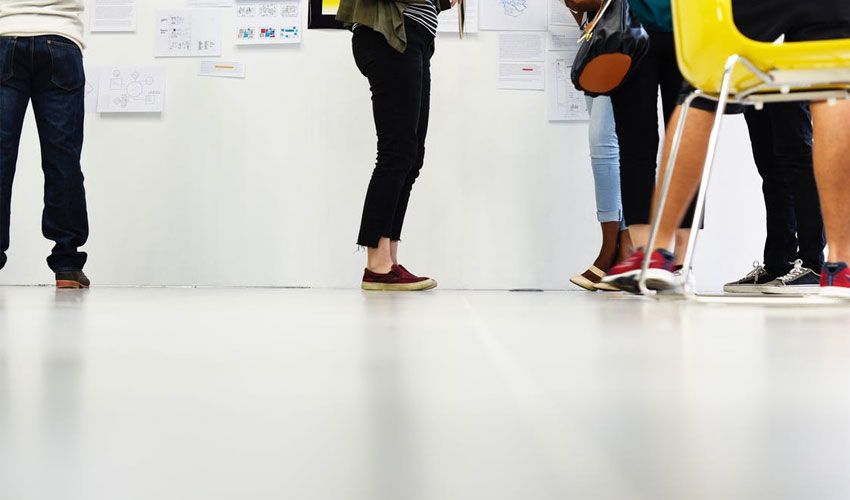 The summer is a great time to enjoy nice weather, have cookouts, and spend quality time with your loved ones. Whether it’s your own child, niece or nephew, or maybe even friends of yours, more than likely you know someone that will be going off to college in the next couple of years.

College can be an overwhelming decision for a lot of teens, so the more guidance they have, the more equipped they will feel to make informed decisions.

There is a lot that goes into this decision, but one thing is for certain: not all college majors are created equal. According to a 2014 report by the Center on Education and the Workforce at Georgetown University, choosing a college major substantially affects employment prospects and earnings.

So which college majors hold the least and most value in terms of career prospects and expected salary? Below is a list of the top 6 best and worst college majors in 2014 to discuss with your loved ones before they go back to school in the fall.

Try This: Geology: Archeology may be on the downswing, but Geology is on the upswing! Right now, the starting median pay is at $45,000 with a growth in pay increase at 84%. Mid-career pay is at $83,000 and has a projected job growth of almost 20%.

Though a very exciting career, film, video and photography majors don’t exactly rake in the money. The unemployment rates for these career fields are seeing a 12.9% decrease and grads are expected to only start off making $30,000. Experienced grads will expect to make $50,000 in the height of their career.

Try This: Biochemistry: This major is currently seeing a 103% increase in pay. That is something to really take notice of. The starting salary is around $42,000, but by mid-career, you can see close to $85,000 a year. The projected job growth is at 31%.

Fine Arts is another career with a decreasing job growth rate. Recent grads face a 12.6% unemployment rate and can expect to start earning $30,000 a year. Experienced grads at the top of their game can expect to bring in around $45,000 a year.

Try This: Biomedical Engineering: This major scored the highest on Forbes list for the major that is most worth your tuition, time and effort. The starting salary for this career is $53,800 and by mid-career, you could be earning close to $98,000. The overall projected growth is at 61.7%- talk about job security!

This major has been on the downward trend for some time. With a 10.8% unemployment rate for recent grads and a $30,000 income, it is no wonder it has been dwindling. Even the most experienced grads will top out at $48,000 a year.

Try This: Environmental, Civil, Petroleum, and Software Engineering: Engineering concentrations make up one third of the most valued majors- that’s something to take notice of. Though engineering majors are not considered “easy” by any means, the benefits can be quite rewarding. Since there is a low supply of people with these skills sets, labor market prices are pushed upward. Environmental engineering starting salary is $51,000 and has a projected job growth of 71%. While software engineering starts off at $55,000, and has a projected 60% growth in pay. The mid-career salary for most engineering jobs is well over $87,000.

A lot of people get into this major because they like being a part of the outdoors or working up a sweat. However, with an 8.3% unemployment rate and a $30,000 salary starting off, there may be other majors to consider. Top grads are expected to earn around $50,000.

Try This: Construction Management: If you still don’t want to give up being outside while working, think about construction management. This major starts off at $50,200 with a mid-career pay of $85,200. The projected job growth is at 16.6%.

This major is surprisingly seeing a large unemployment rate at 11.8%. The median earnings for recent grads is $32,000. Top earnings for this major are around $49,000.

Try This- Computer Science: If you like graphic design, chances are you like working on computers. Even though this major may be a bit more technical, you are still putting things together (apps instead of art) to create a big picture. The starting salary for computer science is $56,600 with a projected job growth of 24.6%. Mid-career median pay is at $97,900- that’s a 73% increase!

The math and science concentrations and increasingly becoming in demand and are all well-paying jobs. Fine arts majors may have more of a difficult time finding a job, or one that pays well.

When someone is deciding between majors, it’s important to weigh options and really explore all avenues before deciding on a career path that is right for them. Be sure to encourage them to go on informational interviews and ask questions. The more knowledgeable they become about different concentrations, the more secure they will feel about their future.