Adverse Action: What It Is and What You Need to Know “Ban the Box” Movement Grows as Ohio Joins In 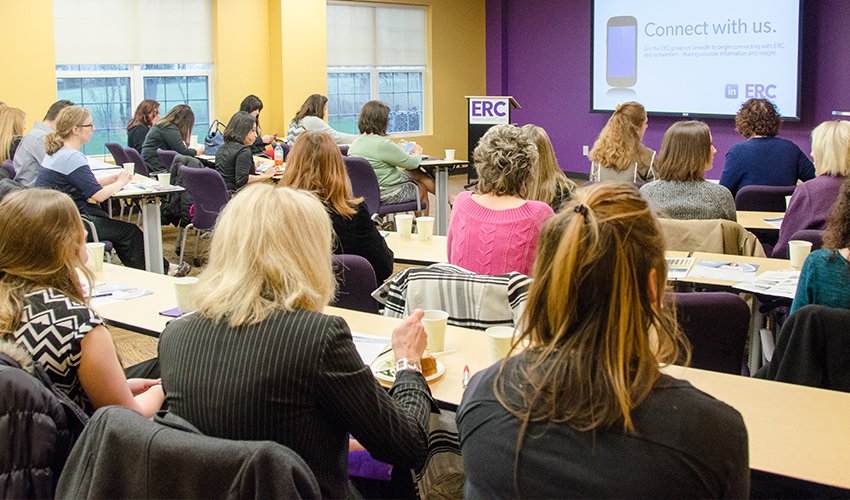 With a title like that, and a chance to hear directly from three of the region’s leading employment law attorneys from Meyers Roman, it shouldn’t come as a surprise that even on a dreary April morning there was a packed house for the latest program in ERC’s “Ask the Expert” series.

The program lead off with partner Jonathan Hyman describing the overall employment law landscape that has been constructed by various federal agencies in recent years as “activist”. With very little chance of legislative action at the federal level, these administrative agencies have, in recent years, taken on a more forceful role in making changes aimed at protecting and promoting worker’s rights, changes which have generated new challenges and questions for employers.

Over the course of the next two hours, Jon, along with colleagues Seth Briskin and Steven Dlott, provided the attendees with critical insights into the targeted enforcement areas and tactics being employed by the Equal Employment Opportunity Commission (EEOC); Occupational Safety and Health Administration (OSHA); Bureau of Workers Compensation (BWC); Department of Labor (DOL); specifically the Wage & Hour Division, and National Labor Relations Board (NLRB) to find evidence of wrongdoing on the part of employers. Highlights from the materials covered for each of the agencies are described below.

The EEOC is focused on uncovering and challenging policies and practices that intentionally or unintentionally target specific groups (i.e. gender, race, ethnicity, economic, etc.). Areas of particular interest for which employers should be aware include policies and practices impact hiring/firing decisions, rates of pay, background checks, wellness programs, and accommodations for and/or discrimination against pregnant women and LGBT employees.

Each region of the country (Ohio falls in Region V) has its own set of emphasis programs based on “certain high risk workplace conditions or industries” that are more common in that geographic area.

Employers should also be aware that even in the absence of an “emphasis program” or specific safety standard on the books, OSHA can always invoke the “General Duty Clause” and cite an employer for a situation that is uncovered that they feel poses a safety or health hazard to their employees.

Unlike the EEOC and OSHA, the BWC, and specifically its Safety Violations Investigation Unit (SVIU), isn’t overhauling any major guidelines or implementing any new target areas. Instead, this portion of the program served as an explanation of how the BWC’s safety investigations, the VSSR, play out as well as steps employers can take to minimize the financial damages they are ultimately assessed.

Also unlike the other agencies, a VSSR investigator that comes onsite to a workplace must limit their investigation to the specific safety codes that have been violated and cited by the injured worker in their BWC claim.

The misclassification of workers that the DOL is currently focused on fall into three major categories:

The method by which employees are paid as well as the amount of the compensation provided (if any) are largely determined by their classification. For this reason, job descriptions and detailed performance evaluations are key to maintaining accurate up to date classifications for all employees.

Especially when it comes to accurately assigning the exemption status, employers (and specifically HR) should know exactly what job duties each employee undertakes on a day to day basis.

Armed with this knowledge and walking through each step of the specific classification tests, employers should be able to accurately classify their employees. Employers shouldn’t try to force a position into a certain classification regardless of whether it’s for their own or the employee’s benefit. However, when in doubt, the attorneys repeatedly reinforced that “If it walks like a duck and quacks like a duck…” it’s probably a duck. In short, use common sense.

With union membership on the decline, the NLRB is turning to the world of technology to keep up with the evolving nature of “protected” activity—regardless of whether or not a union is in place at the employer in question.

This means that instead of changing rules like many of the other federal agencies discussed previously, for the NLRB, bringing the world of labor relations into the 21st century requires that an entirely new set of rules be created.

To do this, the NLRB primarily relies on legal precedents from cases they are bringing against employers related to “protected” employee activity on electronic devices.

Looking Ahead: Setting Precedents (Or Not)

Disclaimer: ERC does not provide qualified legal opinions. Information obtained through the site and services should not be relied upon or considered a substitute for legal advice. The information ERC provides is for general employer use and not necessarily for individual application. ERC recommends that you consult legal counsel for workplace matters.

This training is for both HR audiences and general management/supervisory.