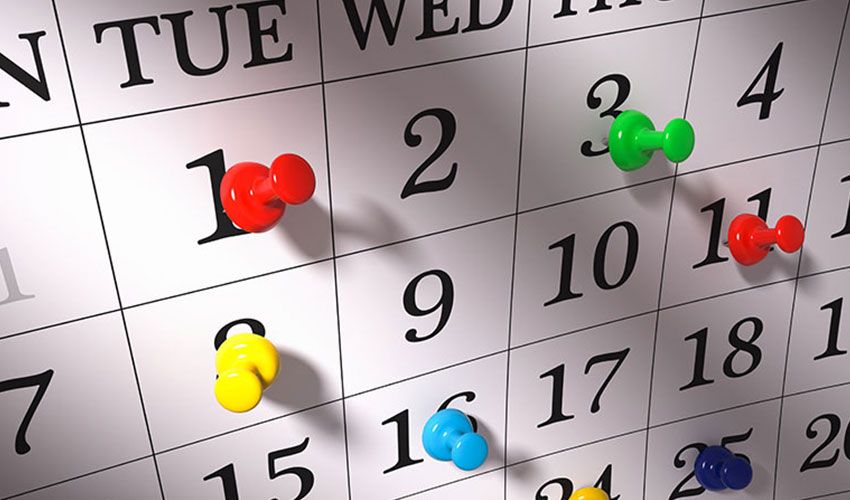 Yes, Groundhog Day was a couple of weeks ago now, but if the question posed in the title of this article sounds really familiar, don’t be alarmed, you haven’t landed a starring role in the movie with Bill Murray.

“Didn’t we just do that last year?” you’re thinking. Well if you have exempt employees that are paid bi-weekly, then the answer is probably yes—you did just do this, and yes—you will likely have to work with 27 pay periods again in 2016.

Although these so called, “Pay Period Leap Years” typically only come around every 5-7 years, 2015 and 2016 are a unique back to back pairing due to the actual calendar Leap Year that we are about to experience later this month.

The good news is, you just did this, and depending on a variety of factors, you might even be able to implement a similar plan for 2016.

If your pay cycle is either weekly or bi-weekly, there is a good chance that 2016 will include an extra payday, although there is some variation to this rule based on the way the calendar falls and the day of the week your organization pays employees. It is also important to note that the extra payday only creates issues for exempt employees who, unlike their non-exempt counterparts who are paid based on hours worked, receiving an equal portion of their annual salary in each paycheck. Finally, before making any final decisions on how to manage an extra pay period, employers should review any and all documents related to the terms of employment that are currently in place for individual employees, e.g. offer letters or collective bargaining agreements. Specific wording or clauses in these types of documents may actually be the determining factor for which methods remain on the table for 2016, which could mean you will need more than one plan of attack.

Despite the variation in the parameters listed above, once it has been determined that an organization will need to pay employees 27 times in a given year, how local employers choose to address the pay period leap year is not only consistent from previous surveys on the topic, but is also growing in popularity.

When asked specifically how they handle years that have 27 versus 26 payrolls for exempt employees, 86% of respondents to ERC’s Payroll Practices Survey indicate that they simply “pay as usual.”

This overwhelming response of essentially doing nothing has remained true since 2011 when the survey was first administered. Of course while “pay as usual” sounds like the easiest option, it does mean that as the employer, the total dollar figure you will pay out in salaries for the year will increase slightly due to the extra pay day. On the flip-side, some experts have argued that by definition salaried employees should accept their annualized compensation regardless of the extra day during Leap Years. And in fact, this is the second most common option followed by local employers (although by a long-shot) at 6%. Figure 1 below illustrates the other options employers may turn to in the years in which they are faced with 27 paychecks.

If you pay every 2 weeks, how does your organization handle years that have 27 payrolls versus 26 for exempt employees?

Over the years the “Other” category has elicited a number of interesting responses, with several employers explaining that while in the past they had chosen to divide pay by 27 and adjust benefit deductions, moving forward they would not be making that same choice. They noted that although logistically this change worked smoothly, employees were displeased with a smaller bi-weekly paycheck and overall morale was negatively impacted.

Although these particular employers did not make note of any compliance related issues, employers who choose to divide paychecks by 27 should be aware of any lower wage workers on an annual salary.

If the new math puts their pay below the FLSA threshold, this would in fact alter their exempt status and require the employer to pay overtime, etc to these employees for one year.

In 2016 this choice could be even more challenging and potentially damaging to employers, as the forthcoming FLSA overhaul later this year will likely increase that weekly dollar figure about the current threshold.

Another alternative option, although not at all common, was to simply reduce the final paycheck of the year. As legal experts point out, this final option can also be dangerous in terms of FLSA as well as state minimum wage laws for any salaried non-exempt employees that might fall under the minimum hourly wage during the final reduced pay period—not to mention the likely backlash and drop in employee morale that could accompany a significantly reduced final paycheck, especially around the holidays.

Ultimately, no matter which option an organization selects to accommodate a 27 pay period schedule in 2016, the key is communication with employees. Clearly if any paycheck along the way is going to be smaller, employees will need to know in advance. But even for employers that do nothing this year, communication is still important.

For employees, this extra boost to their wallets can be a great for morale, as well as a great opportunity to make some smart financial decisions with the unexpected extra cash.

However, employees also need to keep in mind that this “raise” is confined only to 2016. So whether your payroll budget is staying the same or hitting an all-time high with Leap Year raises, making sure everyone is on the same page for 2016 will allow for a much smoother and easier transition into 2017 and beyond.