In an economy fraught with ongoing uncertainty, Northeast Ohio employers hit a once seemingly insignificant milestone in terms of salary and wage adjustments for 2012 and 2013, 3% raises. The overall average actual and projected raises reported in ERC’s annual Wage and Salary Adjustment Survey both hit 3%, the first time both figures have reached the 3% mark together since 2008. Further optimism for 2012 can be found in projections for 2013, which indicate that of those organizations projecting raises for 2013, more than half are predicting at least 3% raises. 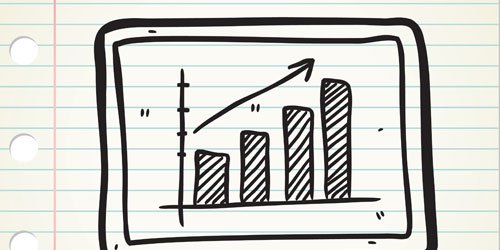 In terms of actual percent raises offered by individual industries, a 2012 article from Crain’s Cleveland Business cites ERC’s survey results, noting, “when it came to actual raises, service companies loosened the purse strings a little more than manufacturers.” However, there are positive signs for the manufacturing industry as well.

For example, the continued decline in the percent of organizations freezing pay for 2012 is largely attributable to manufacturers. In other words, more manufacturers were able to at least begin to distribute raises again in 2012, even if the actual percentages offered by these organizations are lagging slightly behind non-manufacturers.

Pay range adjustments, the other wage and salary adjustment figure reported by the ERC survey, appear to be on a slightly less stable trajectory of improvement than individual raises. After strong growth in 2011, actual range adjustments, failed to meet projections for 2012. However, it is important to note that this slowdown may point more to a gap in growth in terms of timing than in absolute wage and salary dollar amounts. Unlike raises, salary ranges don’t necessarily increase every year. In fact, further analysis of ERC’s historical salary range data is beginning to suggest an alternating a pattern of growth and decline every-other year since the economic downturn.