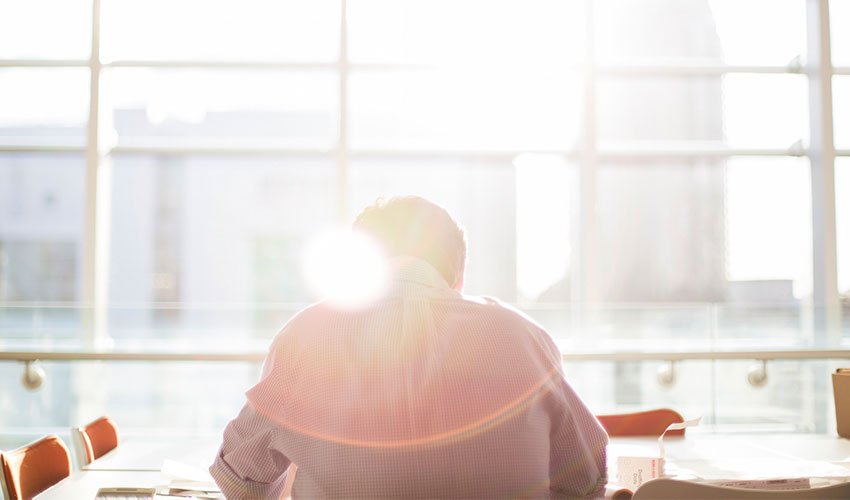 The U.S. Department of Labor passed legislation regarding the FLSA Overtime Rule in 2016. This new ruling, which established a new salary threshold, effective December 1, 2016, prompts many organizations to reevaluate and update their policies and procedures in relation to employees who are currently classified as exempt. 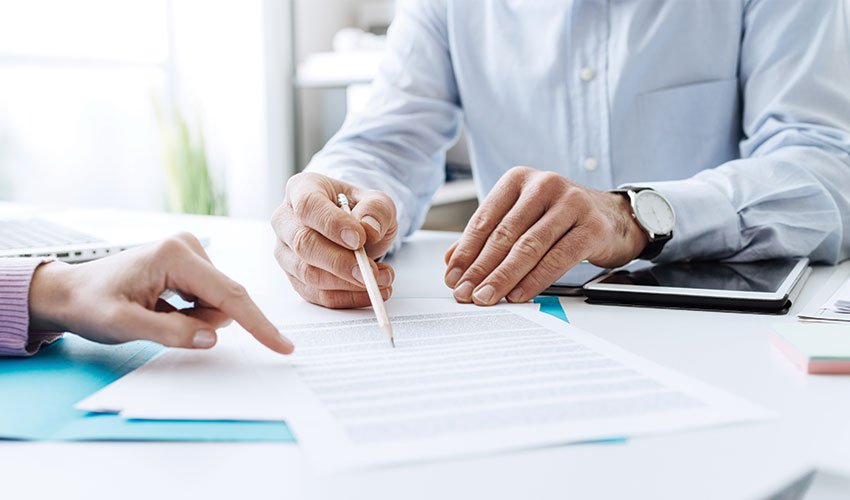 Accurately categorizing your employees as “exempt” or “non-exempt” from the Fair Labor Standards Act (FLSA) sounds like a fairly straightforward task. But a closer look at the finer details of the FLSA can quickly turn an easy yes/no question into a complex, and somewhat subjective, analysis or job duties, titles, and compensation.

According to the U.S. Department of Labor’s (DOL) Wage & Hour Division, the current administration is looking to, “simplify the overtime rules for employers and workers alike,” specifically in the area of white collar exemptions, and has recently completed a comment period for new set of proposed overtime rules.

Although it is up for debate whether or not the proposed rules have achieved this goal of simplification, employers need to be aware of what these changes are and begin to prepare themselves for 2016 when some version of these rules are likely to be implemented.

What is changing (more than likely)?

The salary level required to be classified as an exempt employee for both standard and Highly Compensated Employees (HCEs) will increase.

The existing standard salary threshold to qualify as exempt, is set at $455 per week. The existing HCE threshold is $100,000. The proposed new rule sets the threshold for both categories based on average weekly earnings for full-time salaried workers. For standard salaried employees the 40th percentile mark will be used and for HCEs, the 90th percentile will be used. In terms of what these percentiles mean for setting actual dollar amounts, based on 2016 projections from the DOL the new thresholds will be $970 in average weekly earnings for the standard level and $122,148 annually for HCEs.

The bottom line: The specific dollar figures cited in the proposed language may be adjusted in the final rule, but in short, the salary amounts required to be considered exempt from the white collar overtime rules are going up in 2016.

Both salary levels (standard & HCE) will be scheduled to increase on an annual basis.

The numbers currently on the books have not changed since the last set of rule changes in 2004. The latest iteration of the white-collar exemption language will increase annually in one of two ways, either: (1) attaching directly to the 40th (standard) and 90th (HCE) percentiles of earnings for full-time salaried employees or (2) adjusting both levels based on inflation (CPI-U).

The bottom line: Instead of going through the rulemaking process to increase the exemption thresholds, they will go up on an annual basis—based on what statistic is still to be determined.

What else was being considered as part of the proposed rulemaking during the comment period?

The DOL was looking for comments on two additional items, but is not planning to make regulatory changes based on this feedback.

(1) The so called “duty test”, which is the next step in determining an employee’s exempt status, was also up for discussion. However, instead of implementing wholesale, official regulatory changes, the DOL was looking for additional examples of job titles and practical job duties that could be used as guidance for determining exemption status. (2) In addition, they were gathering opinions about whether or not nondiscretionary bonuses can/should be factored into the average weekly earnings of the standard salary calculation.

The bottom line: The DOL wants to gauge if the “duty test” is working as it should and provide more practical guidance to make it more objective. However, they don’t plan to incorporate any official regulatory changes regarding “duties” into the final rule at this time.

What can employers do to prepare?

Until the final rule is announced, the key for employers will be to begin gathering the information necessary to apply the new test once it is known. Not only will this head off any current misclassification that you may uncover in the process, but it also situates employers to act as soon as the DOL releases the final language.

First and foremost, employers may want to perform an internal audit of their job titles and descriptions to ensure that they are appropriately classified as exempt or non-exempt. While employers always make sure jobs are classified correctly at the outset, these duties can look very different a few years down the road.

As individuals and job duties evolve depending on the skill set of the employee, the needs of the organization, or even changes to technology, HR isn’t always kept apprised of these changes in a timely fashion.

Taking stock of exactly what duties are being performed and making any necessary changes to job descriptions on a fairly regular basis can help prevent misclassification. In the case of the proposed changes to the FLSA, going through this internal review process is particularly important for any non-exempt employees making more than the current $23,600 figure, but less than the new threshold.

The bottom line: Be prepared. There is some down time between the close of the comment period earlier this month and the expected announcement of the final rule in 2016. Make use of this time to gather the job duty information now, so you can act promptly and efficiently when the time comes. 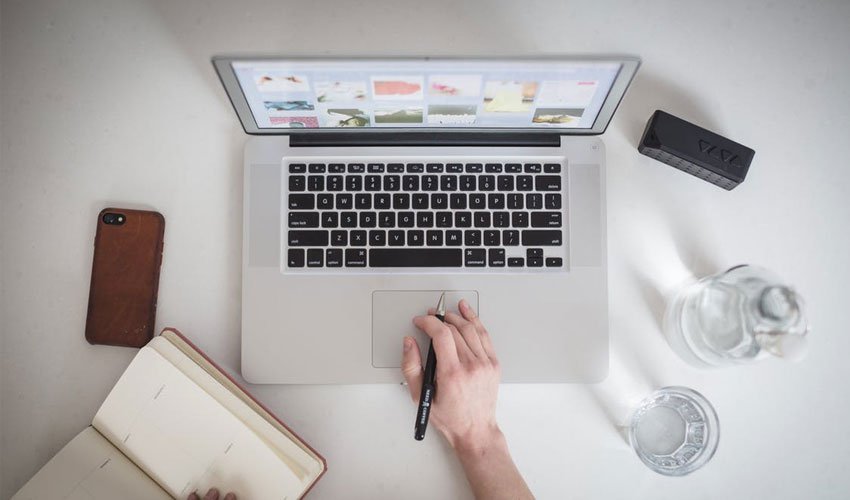 The most common FLSA exemptions are white collar exemptions. They can be broken down into five main categories, including:

In order for an exemption to apply, an employee’s specific job duties and salary must meet all of the requirements of the Department of Labor’s regulations.

Here is how the FLSA defines exemptions for these various duties.

An employee is exempt from the FLSA as an executive if they regularly perform all of the following:

This exemption is for employees whose main duties involve the support of the business, such as human resource staff, public relations, payroll and accounting. Generally, administrative employees do not directly produce what the company sells; however, they are at a much higher level than those employees performing clerical work.

Exempt professional employees include lawyers, physicians, teachers, architects, registered nurses, and other employees who perform work that requires advanced education or training. These typically are intellectual jobs, require specialized education and involve the use of discretion and judgment.

This exemption also includes creative professionals such as writers, journalists, actors and musicians. In general, such jobs require imagination and some unique combination to the employer.

To qualify for the outside sales employee exemption, all of the following tests must be met:

A computer professional can be paid on a salaried or hourly basis, but must receive compensation equal to or greater than:

Job titles do not determine the exemption status. In order for this exemption to apply, an employee’s specific job duties and compensation must meet all the requirements of the FLSAs regulations. However, the computer exemption does state that an employee must be employed as a:

If you have any additional questions regarding common FLSA exemptions, and are an ERC Member, contact our HR Help Desk or visit the U.S. Department of Labor (DOL) FLSA page at http://www.dol.gov/whd/flsa/.

By providing you with information that may be contained in this article, the Employers Resource Council (ERC) is not providing a qualified legal opinion concerning any particular human resource issue. As such, research information that ERC provides to its members should not be relied upon or considered a substitute for legal advice. The information that we provide is for general employer use and not necessarily for individual application. We also recommend that you consult your legal counsel regarding workplace matters when and if appropriate.

As of March 27, 2015,  another change to the Family Medical Leave Act (FMLA) will be followed by employers nationwide. There is now a revised definition of “spouse” and it includes same-sex married couples in all 50 states.

In its 20 plus years on the books, administration of the Family and Medical Leave Act (FMLA) has long been viewed as a complicated and challenging task faced by employers of all shapes and sizes – or at least for those with 50 or more employees.

In January-Febuary of 2013, there have been a number of important updates pertaining to the Family Medical Leave Act (FMLA), some of which go into effect on March 8th, 2013. Here's what you need to know to stay compliant with FMLA.